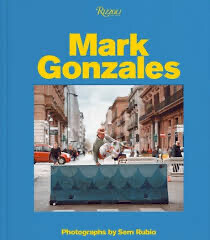 SKU 00068
$28.00
In stock
1
Product Details
Named the "Most Influential Skateboarder of All Time" by Transworld Skateboarding, Mark Gonzales aka The Gonz is one of the most recognizable names in skateboarding, art, and street style. Born in California in 1968, Gonzales entered the skateboarding world at age 13, and by 16, was featured on the cover of Thrasher magazine. Widely revered since then as the inventor of street skating, Gonzales has remained one of the most prolific innovators in both skateboarding and contemporary art.   Part skate photography, part intimate portrait, this is a bold collection of work straight from the mind of the artist, as seen through Sem Rubio's iconic photography. After working together for over a decade, Rubio and Gonzales have created an impressive archive that became the seed for this stunning monograph.
Save this product for later
Display prices in: USD